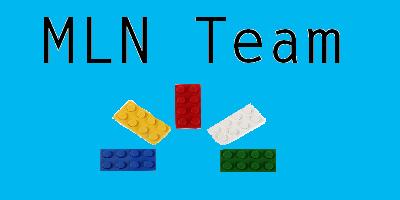 Well I'm back, (Sorta) and I heard that the forum is dying, and you guys are looking for ways to make it more active and exciting. Well I found this cool (I think) forum game that apparently works really well on other forums. It works like this:

Roll to Dodge is a fun game where you play with a group of (6) people. Think Dungeons and Dragons in a sense. You will be placed in a certain scenario, and you (may) be given a certain objective. Now here's the catch, for nearly every action you make, a die will determine the outcome.

Let's say Jack rolled a 1. The outcome would be much different now.
Jack tries to jump the wooden fence, but trips over his shoelace and smashes his face through it, breaking his nose.

Now what if he rolled a 6?
Jack runs as fast as he can to gain the momentum he needs to jump the fence. The momentum is so great that he jumps the fence, but keeps gaining altitude from his jump and doesn't seem to stop. Jack literally jumps across the entire world and lands right back where he started, behind the wooden fence.

I'm sure you can get what the rest of the numbers represent.

Rules!
Only (6) people may play at a time.
-This is based on a first come first served basis
-If you did not make it in time, I can still add you to the waiting list
-I would like to keep this game moving at a good pace, so you will have 2 days max to take your turn or you will be removed from the game and the first person on the waiting list will take your spot
-If you have a legitimate excuse for an absence, then your spot will be frozen until you come back.

This game will use the declare system. You declare your move, then when everyone's move has been declared, they are all taken, the die is rolled, and results are decided.
-I will not post results of the actions until everyone has taken their turn

I will only count the first action you post. If you post multiple actions (Jump the fence, then punch the guy in the face), then I will only roll on the "Jump the fence" action.
-There will be some exceptions to this rule
-Other minor actions may be used with your major action (look around, talk, ect)
-Observing your surrounding will not be effected by the die
-Talking to NPCs or players will not be effected by the die

You may post almost any action you desire
-If you want to attempt to harness the power to fly or spontaneuosly grow a third arm, you can do so.
-You may not god-mod and ruin the fun for everyone, however.

You may kill or be killed by players or your actions
-Be weary of what you do, if you attempt to kill another player early in the game and fail, the results can have devastating results
-Attempting to do something stupid can lead to a very funny death

Certain events can affect your next roll
-If you do something with perfect success there may be a chance your roll, or everyone's roll, can be increased by X amount, or be predetermined
-The same can be applied if you have an epic failure, only your roll will have -X amount
-If a certain action has an effectiveness on a body part, then any action requiring that body part will be effected (Jack's arms are broken, -3 to any action used by his arms)
-The same can have positive attributes

Alternate Rules:
You may have a max of 3 powers. If you forget one, you may get another.
You may get a new power at any time besides combat. Gaining a power requires meditation and access to the element of the power. Also, failing at trying to get the power means you will NEVER be granted that power and you CANNOT attempt it again.

You may not have any of the following powers:
Time Control/Manipulation
Invulnerablity
Godliness
Zelidokinesis http://psi.wikia.com/wiki/Zelidokinesis
Space Manipulation (The ability to alter dimensions; NOT the ability to manipulate solar energy, that is alright)


So anyone want to give it a shot?

Setting: You are at the crash sight of your helicopter after it just went down. You are stuck deep in the woods with limited supplies. You must make it back to your base alive, somehow.

...though I know it sometimes gets taken too far.

Legostudios34 wrote:I think that can happen with any forum game.

But still, this sounds epic. Would we add a LEGO theme to it?

Sure, why not? I can always change the starting setting.

So are you two in?

Alrighty, I guess we'll get started with you. To start off, pick your lego theme (Agents, Mars Mission, Aqua Raiders, Exo-Force, Atlantis, Ninjago, Space Police, etc.), then I'll post the setting and then you can make your first move.

Oooook. So much for special SWAT operations...

Setting.....uhhh:
Soundragon: You are on your way to visit another famous music composer to talk about working on a new album with music written by the both of you. You are driving your car along a country road with fields on one side and a forest on the other. Suddenly gunshots ring out and cracks appear in your windshield.

Legostudios34: You have just finished up work and are driving on the same country road as above to visit a family member. You are a few miles behind though so you know nothing yet about what has just happened.

Your not actually supposed to say what happens, that's my job.

Ok, so now we just need our music composer to post his move.

Page 1 of 1
Permissions in this forum:
You cannot reply to topics in this forum
Log in
Who is online?
In total there are 2 users online :: 0 Registered, 0 Hidden and 2 Guests